Jazz Bez, the XIXth International Festival of Contemporary Improvisational Music starts on 6th and will last until 14th of December.

15 different cities around Ukraine and Poland will bring together the most famous local jazzmen, as well as the musicians from the USA, Germany, Australia, Switzerland, Cote d’Ivoire and other countries.

Jazz Bez was firstly launched in 2001 by the Lviv Art Association “Dziga” and its co-founder Markian Ivashchyn. For the third year in a row, the Kiev part of Jazz Bez will be held at 32JazzClub with the support of Old Fashioned Radio.

In May 2019, Markian Ivashchishin has tragically passed away, but his legacy lives on. This year, Jazz Bez fans are going to be delighted by a number of musical surprises, some of which you can see below.

An interesting combination of a piano, balafon and drums can always amuse and surprise their listeners.
Hans Lüdemann is a pianist, composer and a leader of the TRIO IVOIRE. According to “Jazz Podium”, he is considered to be “one of the most original and prominent European pianists” or simply “one of the great pianists of modern jazz” (Hessischer Rundfunk), and received the ECHO Jazz Award in 2013. At TRIO IVOIRE, his “clear voice of his own” (Frankfurter Allgemeine Zeitung) on ​​the piano merges with Aly Keita, a “balafon magician” from Côte d’Ivoire / Mali, whose breathtaking virtuosity and energy is astounding.

Greg Osby is an American saxophonist, composer and educator. He has graduated from the prestigious Berkeley College of Music and then settled in New York. Over the past 25 years, he has become one of the main pillars of American jazz. He is widely known and recognized for his thoughtful and innovative approach when it comes to compositions and concerts. In 2008, Greg has created his own label, the “Inner Circle Music”, which supports the most talented musicians from around the world.

Tal Cohen is a young jazz pianist and composer from Australia\Israel. His style is quite unique due to the exquisite combination of folk, Jewish and classical music, in combination with the surprisingly mature possession of brilliant technique and exquisite taste. In 2015, he won the Freedman Fellowship Award, what has helped him to record his debut album in New York and to perform a solo concert at the Sydney Opera House, which was sold out and aired on Australia’s national radio. John Davers’ album “American Dreamers: Voices of Hope, Music of Freedom”, featuring Tal Cohen managed to win three Grammys in 2019.

Previously, pianist Jerome Klein has collaborated with various jazzmen, and in 2018 he has formed his own band. It also includes the bass player – Paul Bellardy, drummer Niels Engel and Charles Stoltz – the electronic specialist. Musicians are inspired by the work of experimental indie bands, such as Sohn and Son Lux. They call their style an alternative instrumental jazz.

The band’s leader, Jerome, was born in Luxembourg and began composing music at the age of 6. He first started with classical piano and then switched to classical percussion at the Luxembourg Conservatory. After receiving his diploma in classical music, he became involved in jazz and improvisational music and began to play jazz vibraphone and drums. After several years at the Luxembourg Conservatory, he joined the jazz section of the Royal Conservatory in Brussels, where he received a bachelor’s degree in three different instruments. In a few years, it was followed by a master’s degree in jazz drums. Since 2009, Jerome has also been a member of the European Bigband Master Class, led by Peter Herbolzheimer. These days, Jerome participates in various projects, mainly based in Brussels and Luxembourg. Mostly, he performs as a drummer, pianist or a vibraphone player, mixing up many styles, ranging from pop to improvised music.

Yes! The Trio is a collaboration of three friends, lasting for over two decades. Musical conversations and reflections of successful musicians who have created and were created by the legendary atmosphere of New York’s Smalls. Boston-based American Jewish intellectual, African-American, Detroit-born musician with the Muslim roots, and Yemeni-Moroccan-born Israeli – all with brilliant backgrounds, terrific careers and true jazz “gen”, united through the love to music and to life. Aaron Goldberg plays piano, Ali Jackson – drums, Omer Avital – double bass. For over 20 years of collaboration and friendship, they have only released two studio albums. The premiere of the second will take place at Jazz Bez 2019 in 10 cities of Ukraine and Poland as part of the Yes! Trio program. This is an event that cannot be missed by anyone who truly appreciates music.

Ukrainian jazzmen, alongside with the American double bass player, will perform new songs by Bohdan Humeniuk, which will be included in his forthcoming album.

Bogdan Humeniuk became famous as one of the best domestic Ukrainian saxophonists. He studied at the University of Philadelphia. He collaborates with various musicians from Ukraine, the US, Canada and Germany. The following members of his quartet will join him on the stage of 32JazzClub during the Jazz Bezz 2019 festival: pianist Yuri Seredin and drummer Roman Gumenyuk.

Sandy Eldred is a composer and bassist from Atlantic City. He plays double bass and bass. He has collaborated with Norman David and the Eleventet, Jamal Jones’ Sonic Wonderland Bureau, South Philly Big Band, Mars Apes and other American jazz bands. He gives bass lessons for students from Ukraine, the US and Canada. 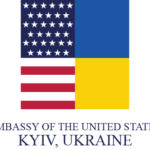 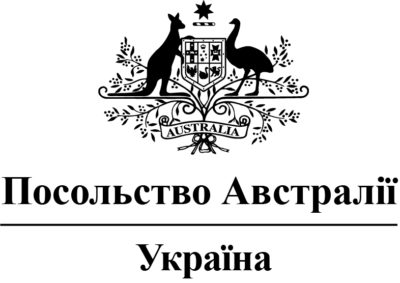 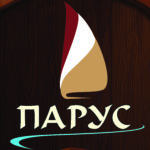